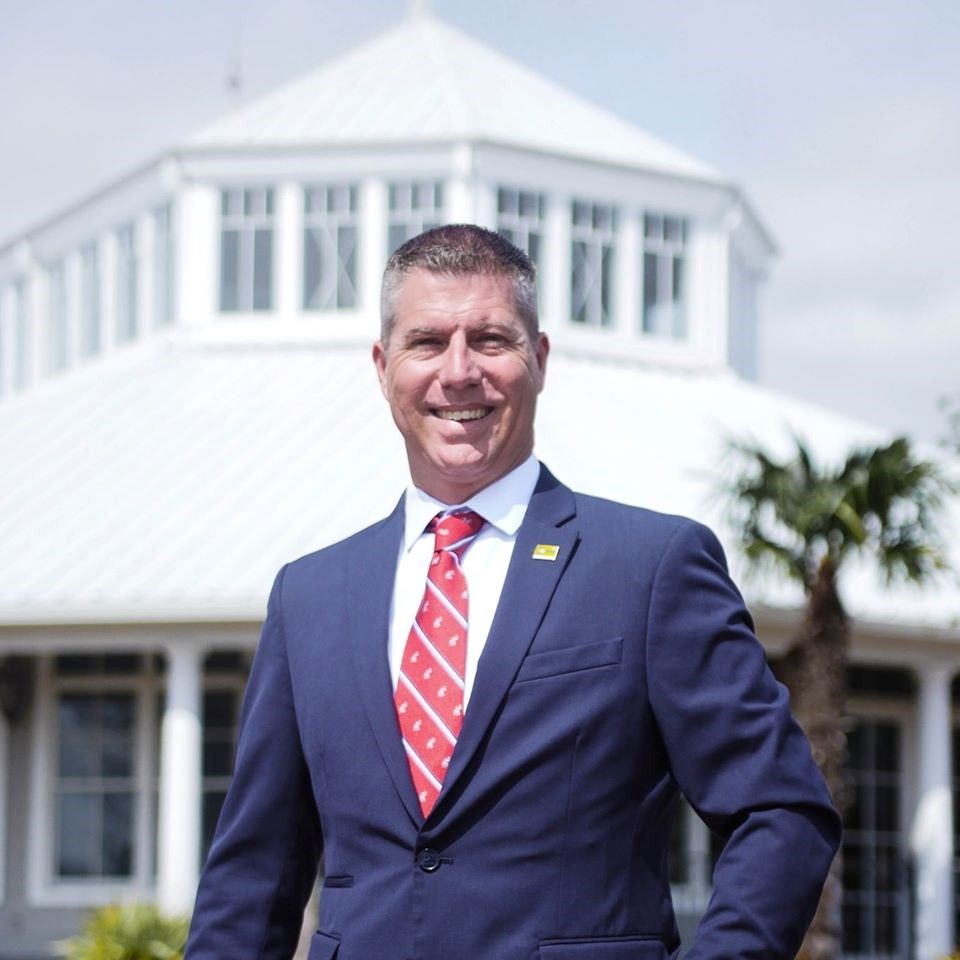 As a lifelong resident of Kenner District 2, Scott Sigur has spent his time striving for strong leadership and commitment to his community. The son of the current District 2 Councilman for the City of Kenner and former acting Kenner Mayor Michael Sigur, Scott has been raised with these values from a young age. This passion for leadership guided him in 1992 to achieve the highest rank in the Boy Scouts of America, Eagle Scout, which only 4% of scouts earn during their scouting careers. To this day Scott is still committed to the scouts by being an adult leader for the Kenner Boy Scout Troop 223. He continued this journey by pursuing a career in law enforcement, starting in the Kenner Police Department as a 911 call taker, then graduating from the police academy in 1998 as class president. He later transferred to the East Jefferson Levee District Police in 2004, so he would have the necessary time to open his electronic repair shop and kids gaming center, ICE Computer Café, which still serves the Jefferson Parish community as one of the top repair shops and kids gaming venues. In 2007, Scott began working with the Jefferson Parish Sheriff’s Office. During this time, he received numerous Deputy of the Month awards and the Distinguished Service Medal. His career as a Sheriff deputy was a vital time for Scott, as he continued to learn the inner workings of serving the public. Using that experience as motivation, Scott strives to better serve his community. This goal lead him to, at the age of 40, re-enroll into college, where he is pursuing a Bachelor’s Degree in Public Administration. He is currently excelling as a Junior in this program and is a member of The National Society of Collegiate Scholars for being in the top 10% of academics in his class. Being a full-time college student does not stop him from being active in his community and local government. During this time, he has attended the majority of Kenner Council meetings, various town hall meetings, and new business ribbon cuttings. Scott is also an active member of the Kenner Business Association and was recently appointed by Jefferson Parish District 4 Councilman Dominick Impastato to the Keep Jefferson Parish Beautiful Board.

These years of preparation have motivated Scott to begin his political career by qualifying for the Jefferson Parish Executive Committee District 4 position. Scott wants nothing more than the support of his community as he vows to use his life experiences to continue to progress our community towards excellence.

VOLUNTEER CONTRIBUTE VOTING INFO SIGN REQUEST YOU HAVE MY VOTE!